Had a great day at The Hammerhead Wargames Show which was held at its new venue - not sure what I think to the Pavillion room at the Showground as opposed to it being held at Kelham Hall where we're all used to it being. There seemed to be a good turn out of folks, ever-increasing as the day went on, but there just didn't seem to be the usual amount of traders standing.

It's really nice when you get to meet up with friends, and I've even managed to get two lots of completed commissions of WWII German Fallschrimjager back to their owners - pictures to follow once they've been based - and I've even picked up a couple of other small projects to complete for clients, more Fallschrimjager and some of the Mantic 'Dead Zone' figures.

For myself, I've been exceptionally naughty and got yet more packs of the gorgeously sculpted Perrys' Napoleonic Russian figures, namely two different Hussar Commands, a Cuirassier Command, two lots of the Angry Peasants which will be turned into my Black Powder Disorder markers, and I've also grabbed some more Russian casualties and some more of the Mounted Generals - plenty to keep me occupied! 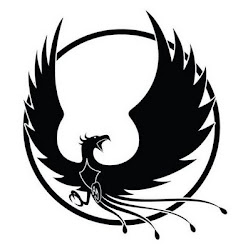